Differences Between Types of Rosin

Rosin is created by tapping a pine tree of its sap (not unlike tapping the tree for syrup), then mixing it with the sap from other trees (fir, larches, and spruce). What makes each manufacturer’s rosin different is the “secret” formula used in creating it. The rosin is then purified, strained, and heated in large vats until completely melted. Once melted, the are poured into molds to be set, smoothed down, and polished.

The two main types of rosin are determined by what season the pine tree was tapped. The names “Light Rosin” and “Dark Rosin” come from the color they present, as you can see in the picture below: 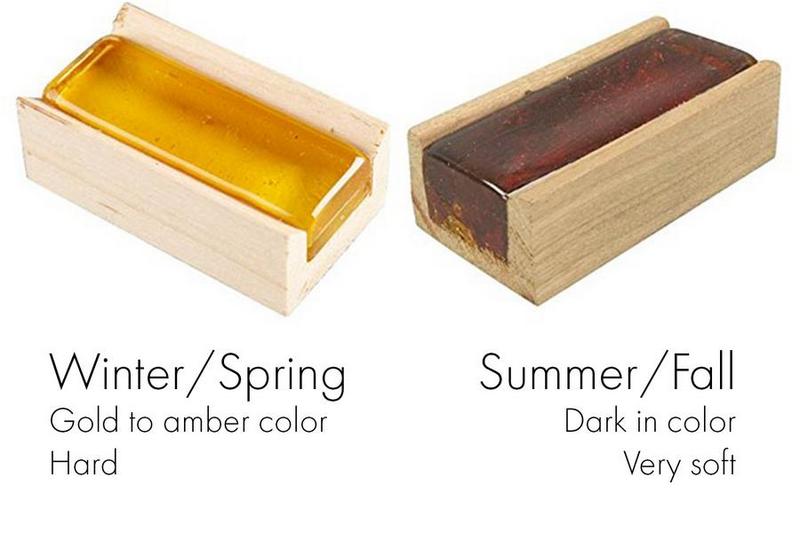 Here are some more differences between Light and Dark rosin: 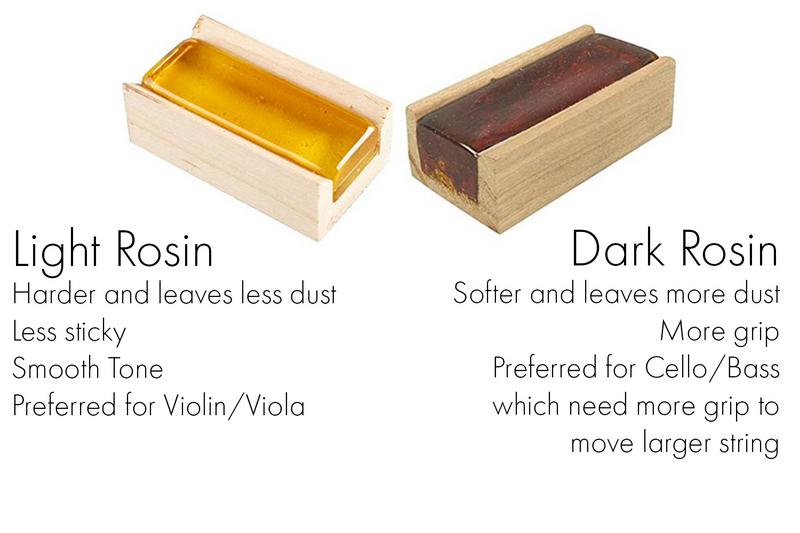 Some companies will even add precious metals in the recipe for the rosin mix to increase the rosin’s static friction, thus creating different tonal qualities: 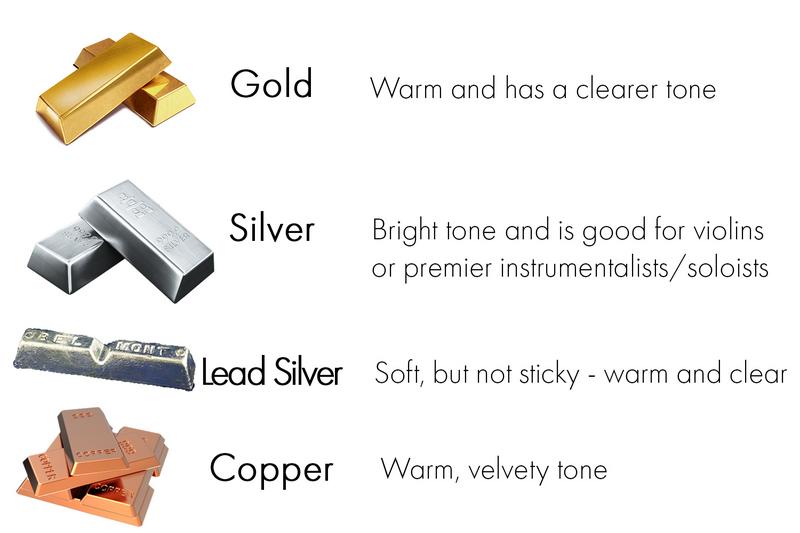 For best practices, use rosin sparingly — you really do not need to rosin the bow every time you play. Players should do a thorough rosin treatment on a new bow — enough so the bow “catches” the violin string and vibrates it. If the bow is still “sliding” across the string without vibrating it, then more rosin is needed.

It is not necessary to score the rosin before applying it to the bow. Actually, the gouges in the rosin can sometimes catch bow hair, pulling it from the bow.

To prevent leaving an excessing amount of rosin dust on the strings (which will definitely alter the tone of the string), a good practice habit is to clean the strings and fingerboard with a soft, non-abrasive cloth after every practice.